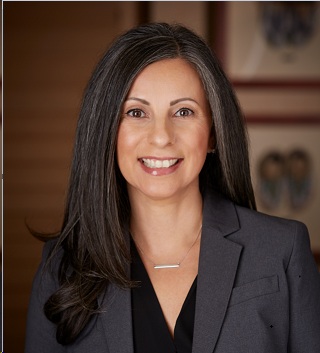 Daniela P. Stoutenburg ("Dani") was born in Santiago, Chile. Dani came to the United States with her family as a young child and was raised in Southern California. She is bilingual in Spanish. Dani received her BA in Political Science from the University of California, Santa Barbara. She thereafter received her JD from the University of Southern California (USC). After practicing for several years in Southern California Dani moved to the Sacramento area where she currently resides. Dani has spent more than 20 years representing hospitals, long-term care facilities, physician groups and individual physicians in all aspects of medical malpractice/insurance defense. She has also represented hospitals and other clients in general liability and premises liability matters. Dani is committed to working and communicating with her clients so as to fully understand and achieve their objectives. She has resolved cases on her clients' behalf through motions, mediations and alternative dispute resolution. She has also tried multiple cases to successful defense verdicts. Dani is a member of the California Bar Association, California Society For Healthcare Management, California Medical Legal Committee, Association of Defense Counsel of Northern CA and Federation of Defense and Corporate Counsel. She is also a regular lecturer on subjects such as medical billing, medical records, documentation, discovery and litigation practices and trial preparation. Dani is on the Board of Directors for Next Move Homeless Services in Sacramento. In her free time, she enjoys traveling and spending time with friends and family.