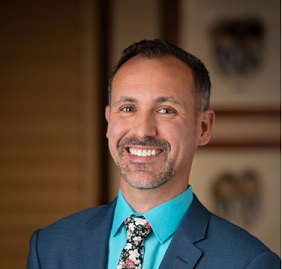 Chad grew up in Sonoma County and Seattle. He has practiced law since 2006 and gained trial experience as a criminal defense attorney for the Yuba County Public Defender. His practice focuses on medical malpractice defense and federal civil rights defense. He represents healthcare providers throughout Northern California and Nevada. When Chad is not working, he enjoys spending time with his family, cooking and playing guitar.