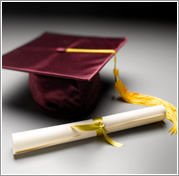 When Schuering Zimmerman & Doyle, LLP’s founding partner, Leo H. Schuering, Jr., was thinking about starting a small law firm he had an idea – to create a college fund for the children of the law firm’s staff and lawyers. He thought it was a great idea and when he discussed it with Robert Zimmerman, he too thought it was a great idea. The college fund would enhance every child’s ability to attend the college of their choice without having to worry about how to pay for it.